The Columbus Shorin-Ryu Karate Dojo follows the teachings of O’Sensei Shoshin Nagamine who is the founder of Matsubayashi-Ryu Karate Do. Nagamine Sensei was the student of Ankichi Arakaki, Chotoku Kyan and Choki Motobu who were Karate Masters in Okinawa before karate was organized and called Te.

Karate at our Dojo is more traditional to the Okinawa history because we study the basic movements and intermediate moves that compose the Kata’s of Matsubayashi Karate-Do. These movements are the fundamental defensive and offensive movements of karate and with extensive training through repetition the student develops strength and agility. 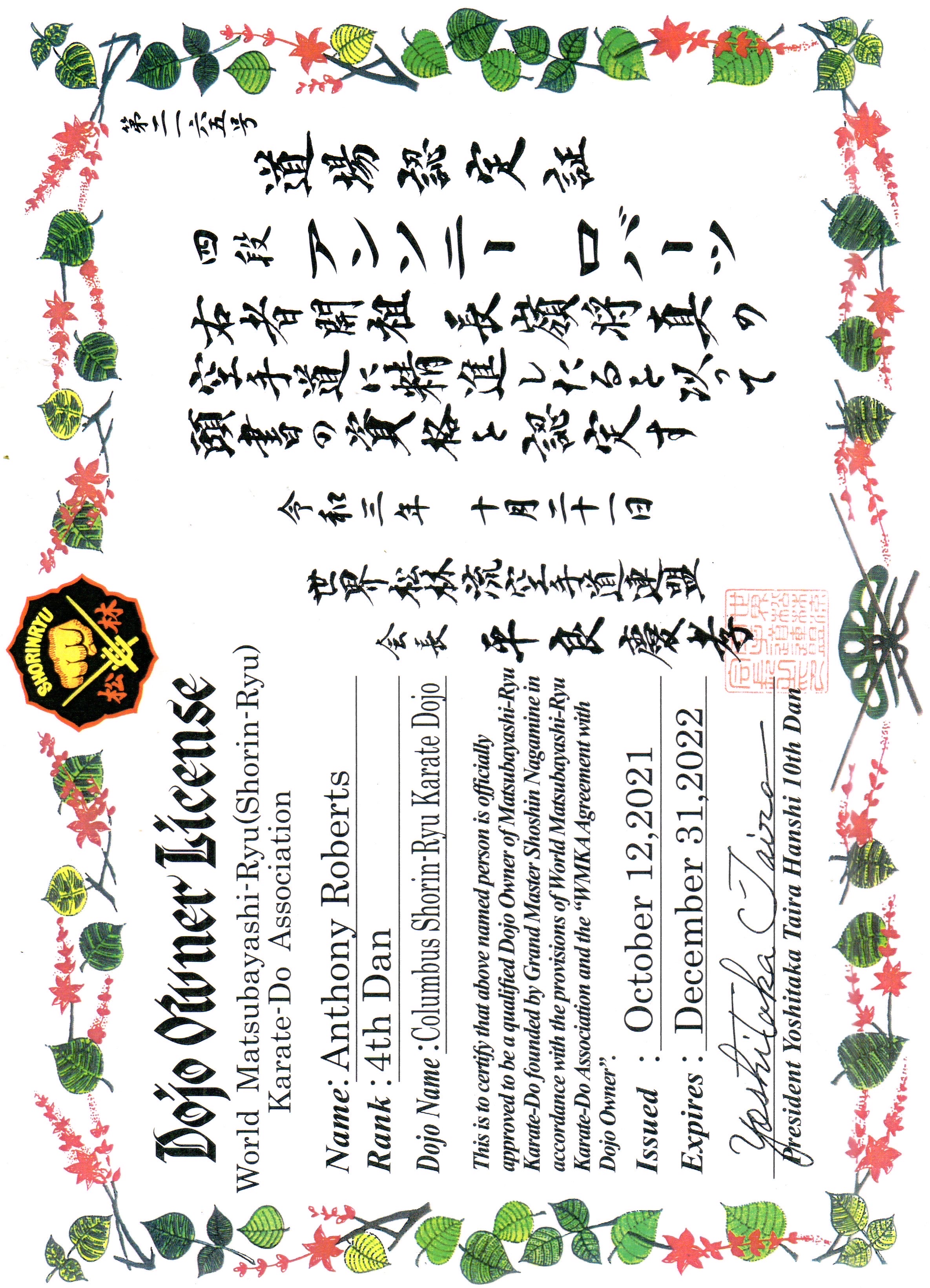 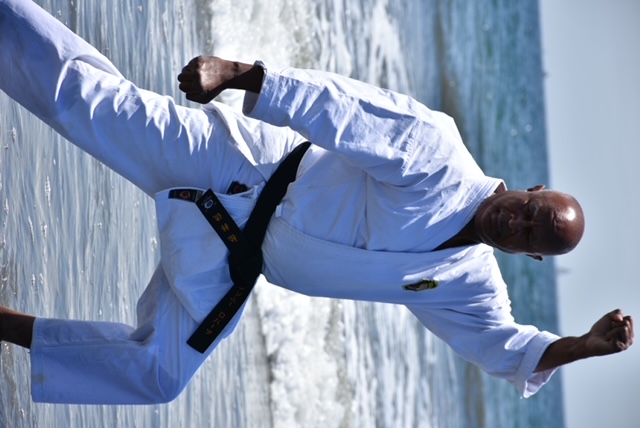 Sensei Anthony Roberts began his martial arts journey in 1984 studying Shotokan Karate-Do for 10 years in OKC, Oklahoma while in the United States Air Force. Sensei Roberts also studied Okinawan Isshin-Ryu under Sensei John Domfort and competed in many tournaments under his tutelage. Sensei Roberts left the United States Air Force after he return from Desert Storm and returned to Columbus, Ohio.

Sensei Roberts opened the Columbus Shorin Ryu Karate Dojo in July of 2020 and continues to share his knowledge with whoever wants to learn.